so much more than you expect

Extreme Divers provide diving experiences that are accessible to anyone who is able to swim, from great fun and easy activities for the whole family to breathtaking exciting adventures for certified divers.

Our company Extreme Divers (est. 1987) is a certified diving center. We specialize in organizing private rib excursions for snorkeling, diving or just swimming and relaxing. We organize full or half day trips at the coastline of Athens and the nearby islands. All of our crew members are certified diving & first aid instructors and our ribs are fully equipped in line with the latest safety regulations. We are driven by our passion for cruising and exploring the secret beauties of Athens riviera. Our purpose is to offer all guests this unforgettable experience combined with a friendly spirit!

Our boats are always chartered with a licensed Captain plus a crew member who will be your personal host and on-site concierge.

We ensure that you are provided with a local’s perspective and knowledge for an authentic Greek experience. Rib boats have been proven to be the safest and easiest to use for transportation and recreation on the Greek seas. 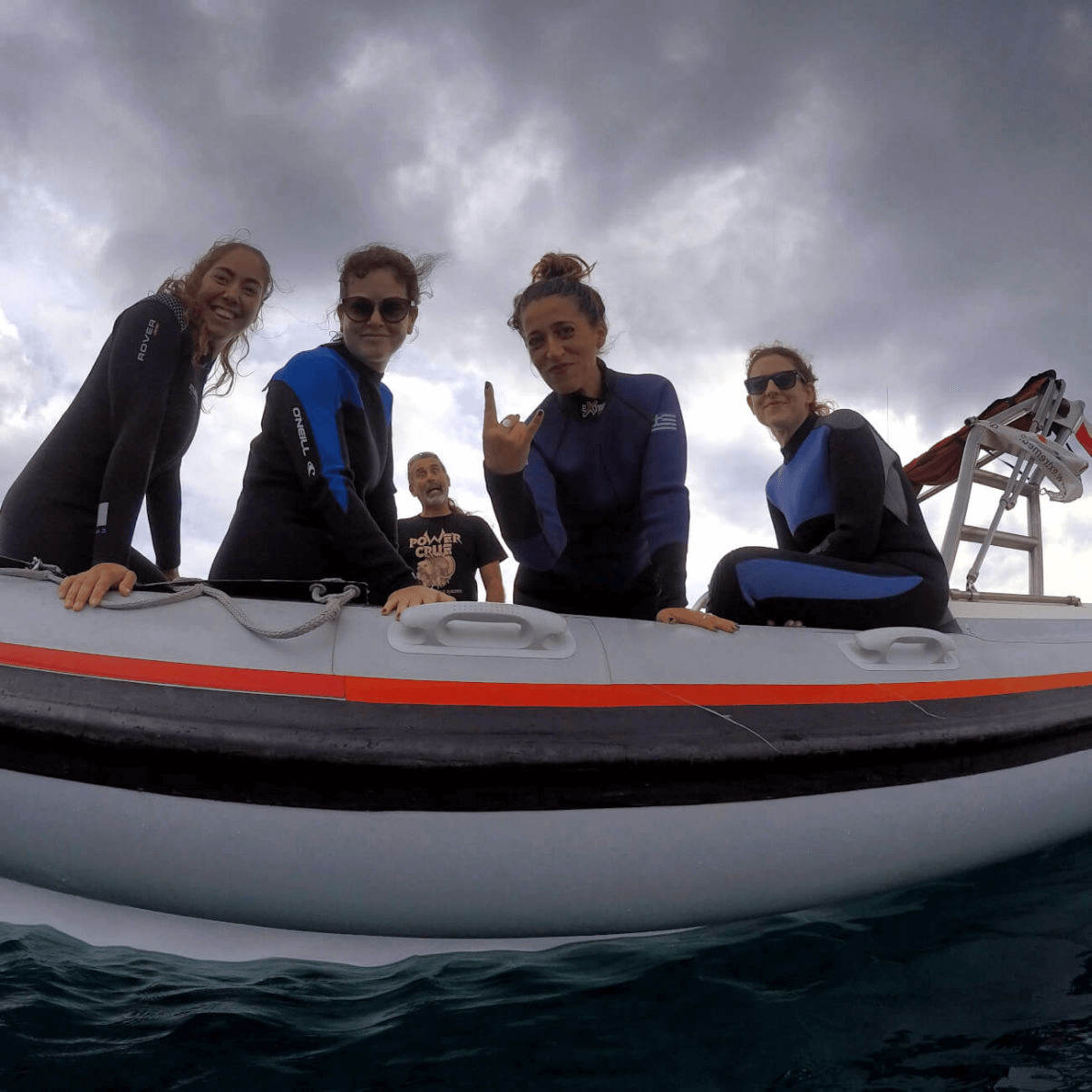 On all of our sea experiences we demonstrate a clear and unswerving commitment to safety – your safety and comfort are paramount.

Our ribs are fully equipped according to the latest safety regulations: Medical oxygen life support, fully equipped medical bag, personal life jackets with a whistle for each passenger, fire extinguishers.

Extreme Divers started as a family business in 1987 by Panayiotis Pritsis, first as a shop for the sale of fishing and hunting and then diving equipment.

In the beginning of 1996 Giorgos Pritsis started his first self-diving lessons and made his first trips abroad to enrich his knowledge and eventually to stick to the "microbe" of autonomous diving and love for the sea , in the following years and seeing the big brother, the younger brother Vangelis began his first steps and the first schools of self-diving.

After years, we have reached today where Extreme Divers '' grew up '' and after 30 years of retail and wholesale diving equipment and almost 20 years after providing diving services and training are pleased to be able to offer high service such as schools of almost all levels of PADI and IANTD, filling gas and mixed gases with one of the cleanest and best compressors (BAUER VERTICUS III with Securus) in the world, as well as excursions abroad and in Attica with one of the finest and largest inflatable boat in Athens, 11.8 meters long.

In our diving center, however, in addition to diving services, you can buy top equipment from the world's largest companies such as MARES, APEKS, AQUALUNG, OMS, SCUBAPRO and many others.

Join us for an exceptional and relaxing excursion at the coast line and the nearby islands of Athens. Our experienced skippers and instructors will offer you an unforgettable full or half day trip with our speed rib boats.

ALL OF OUR CREW MEMBERS ARE PROFESSIONAL FIRST AID INSTRUCTORS 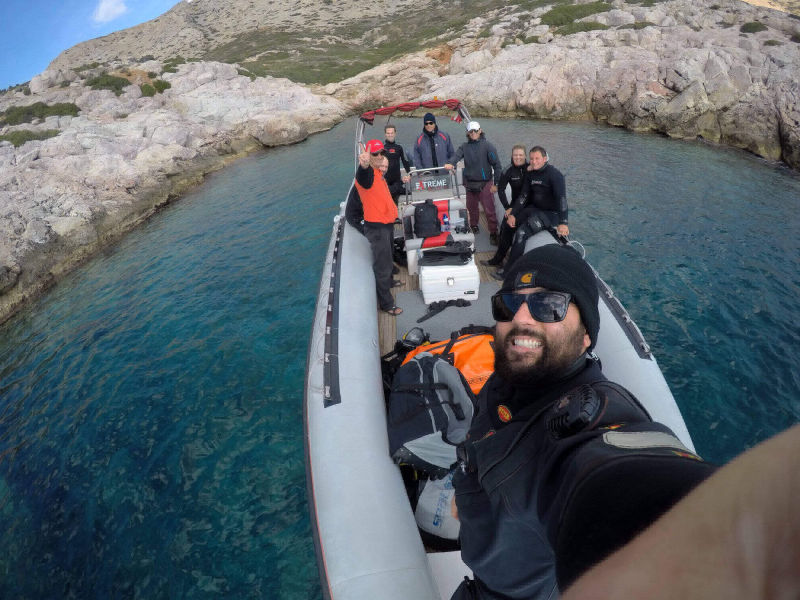 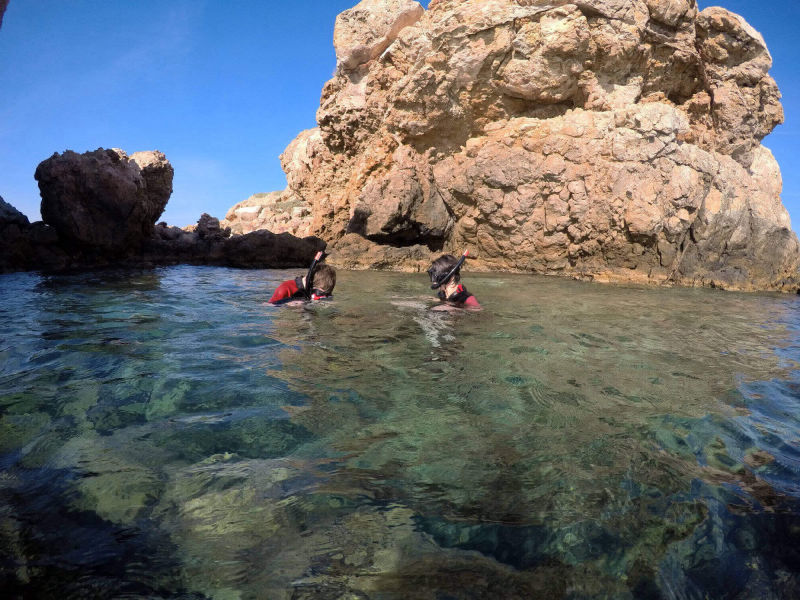 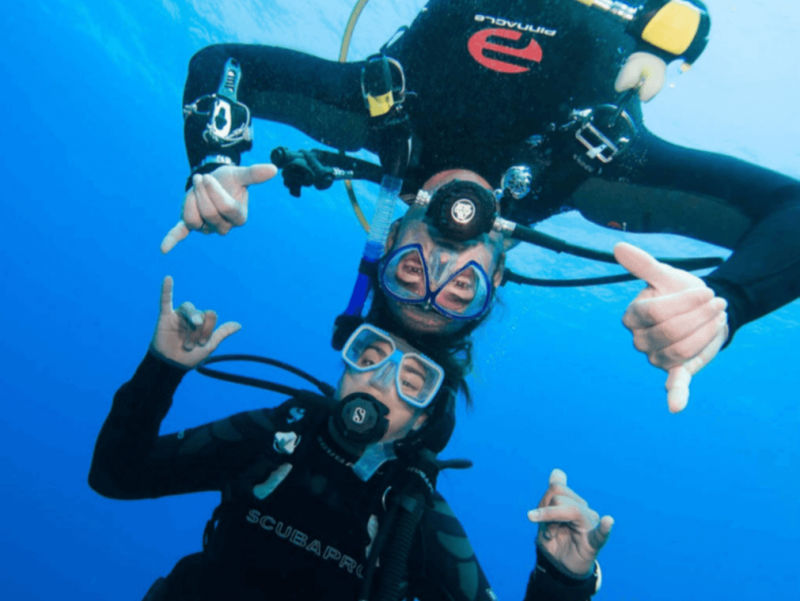 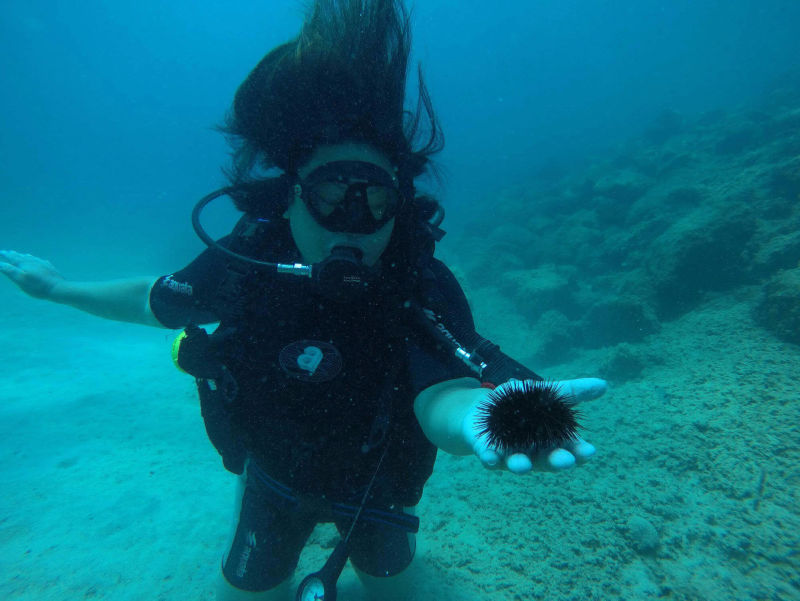 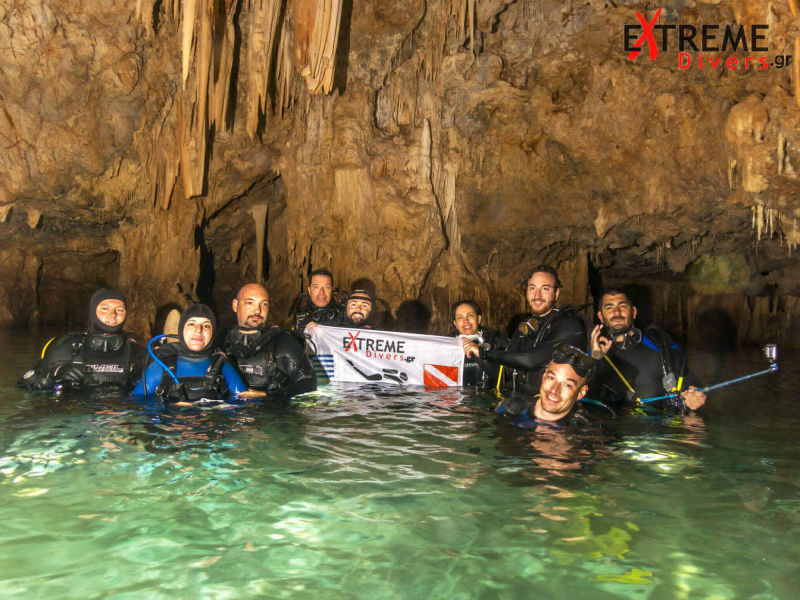 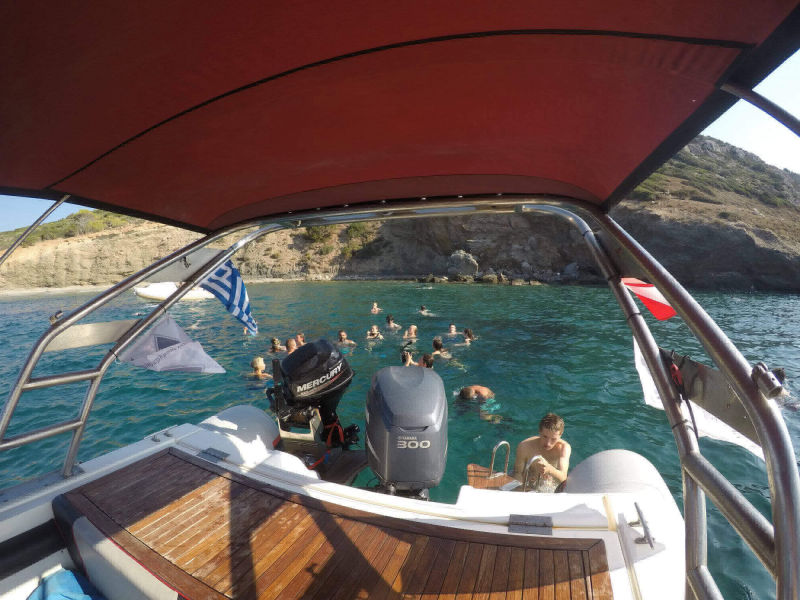 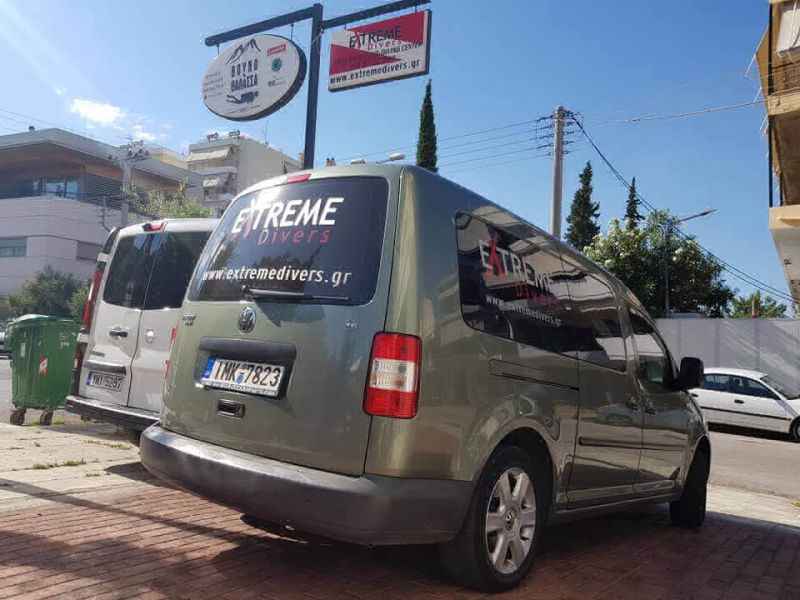 Complimentary pick up from your hotel 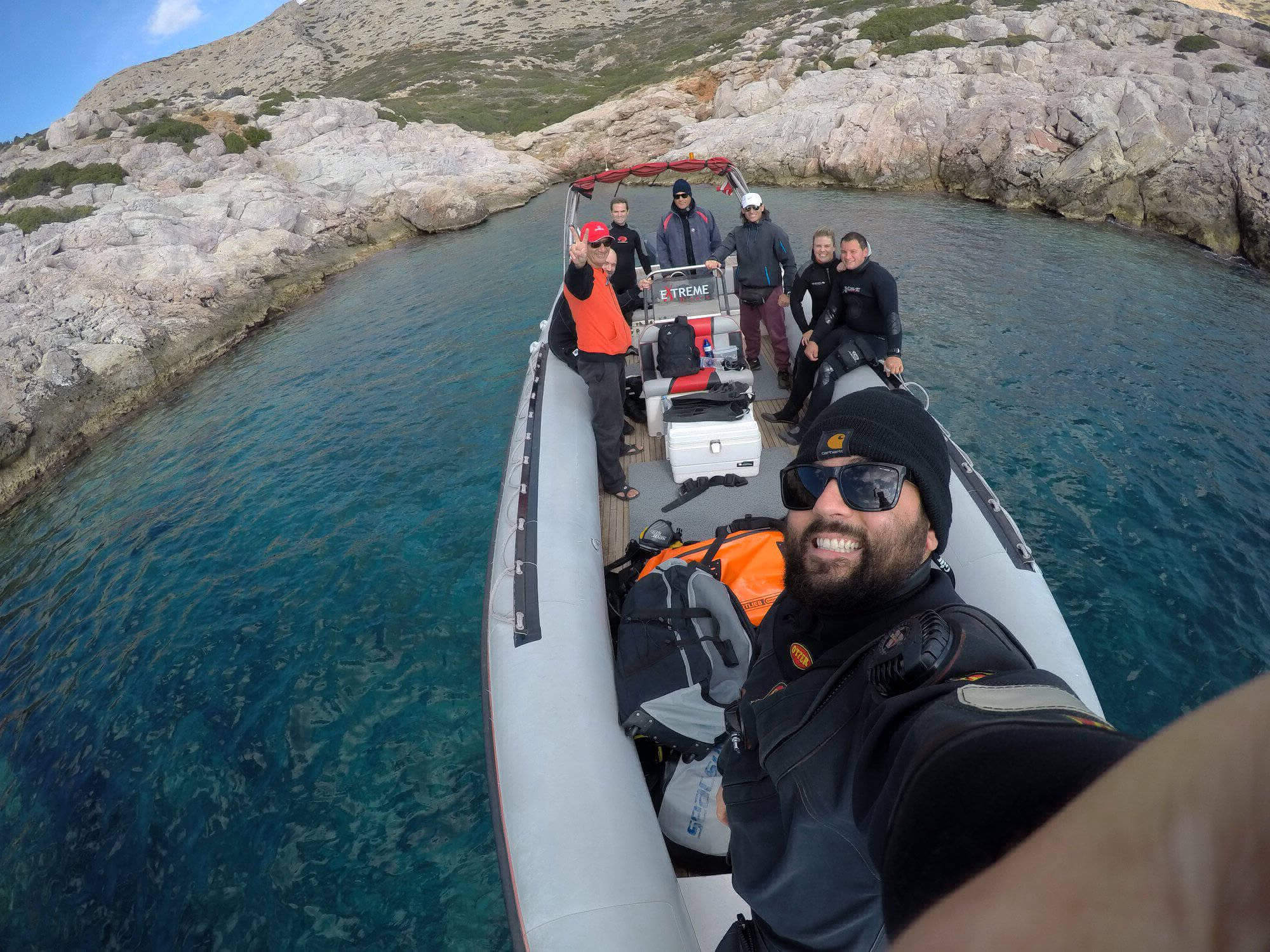 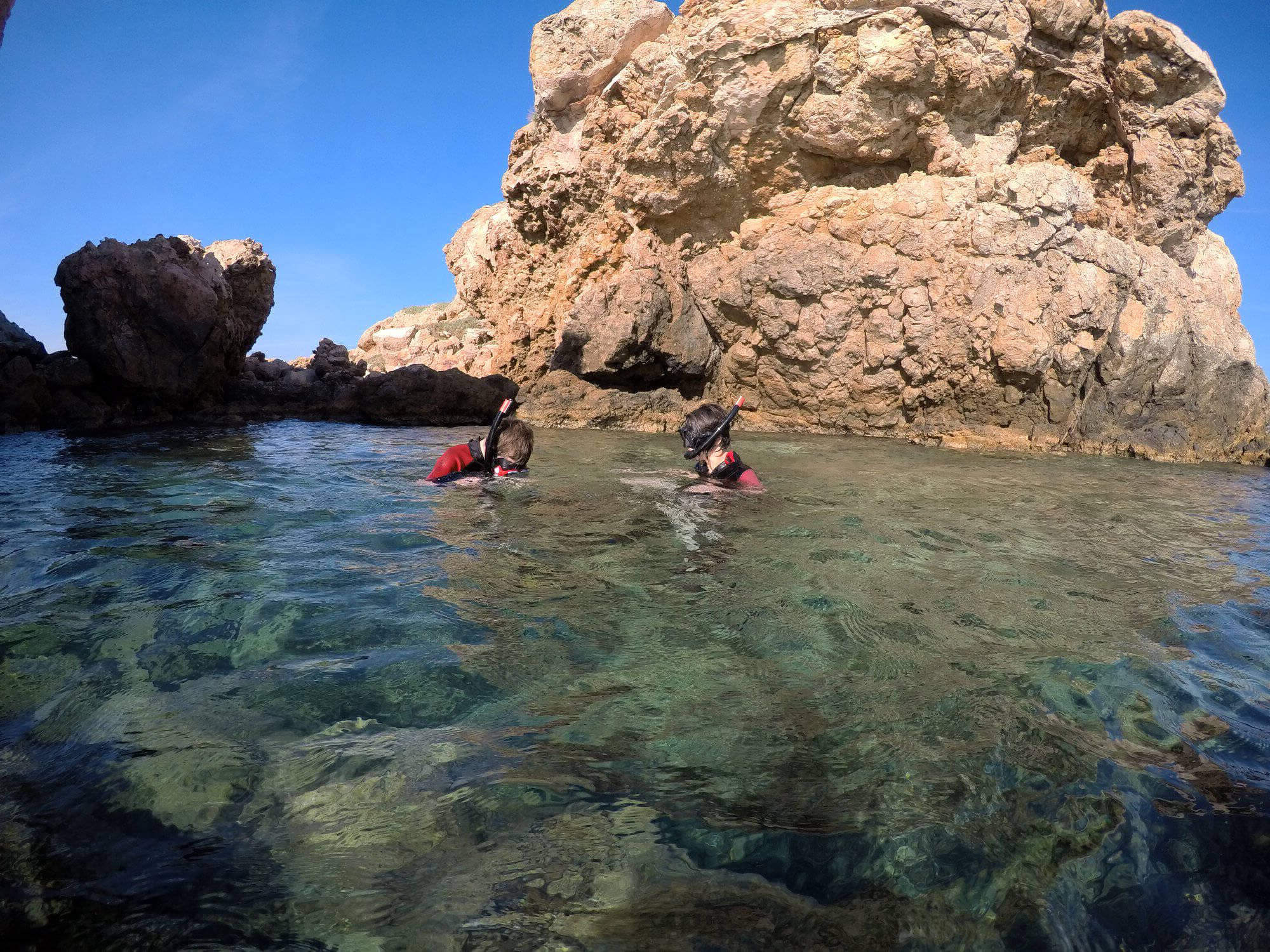 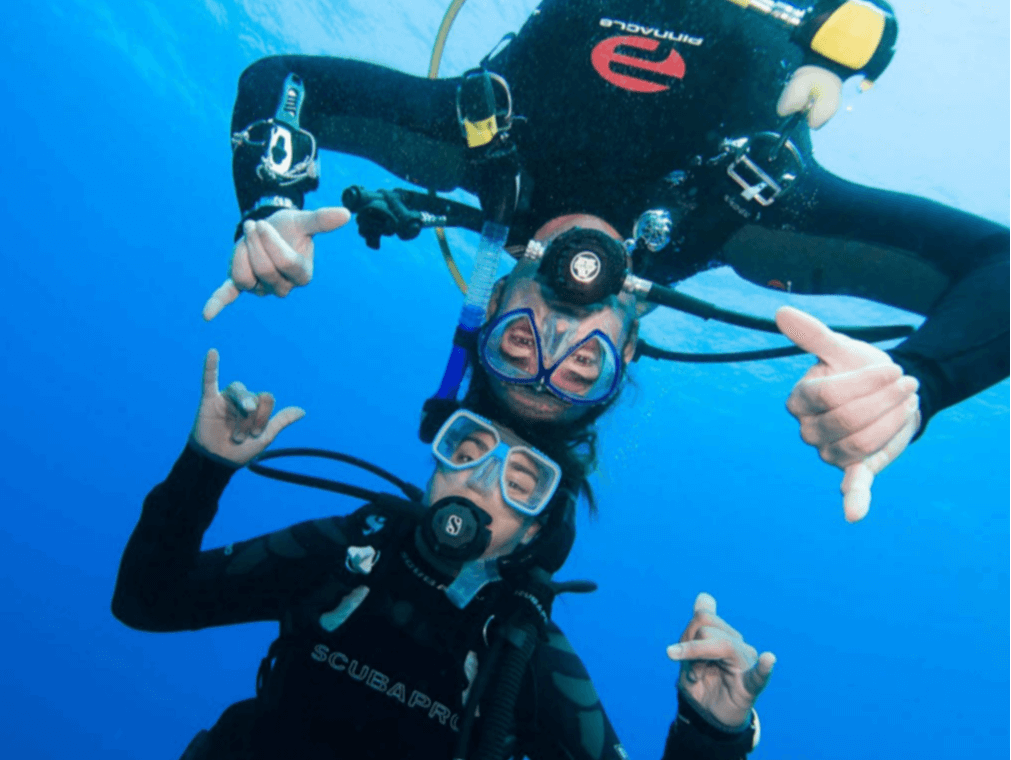 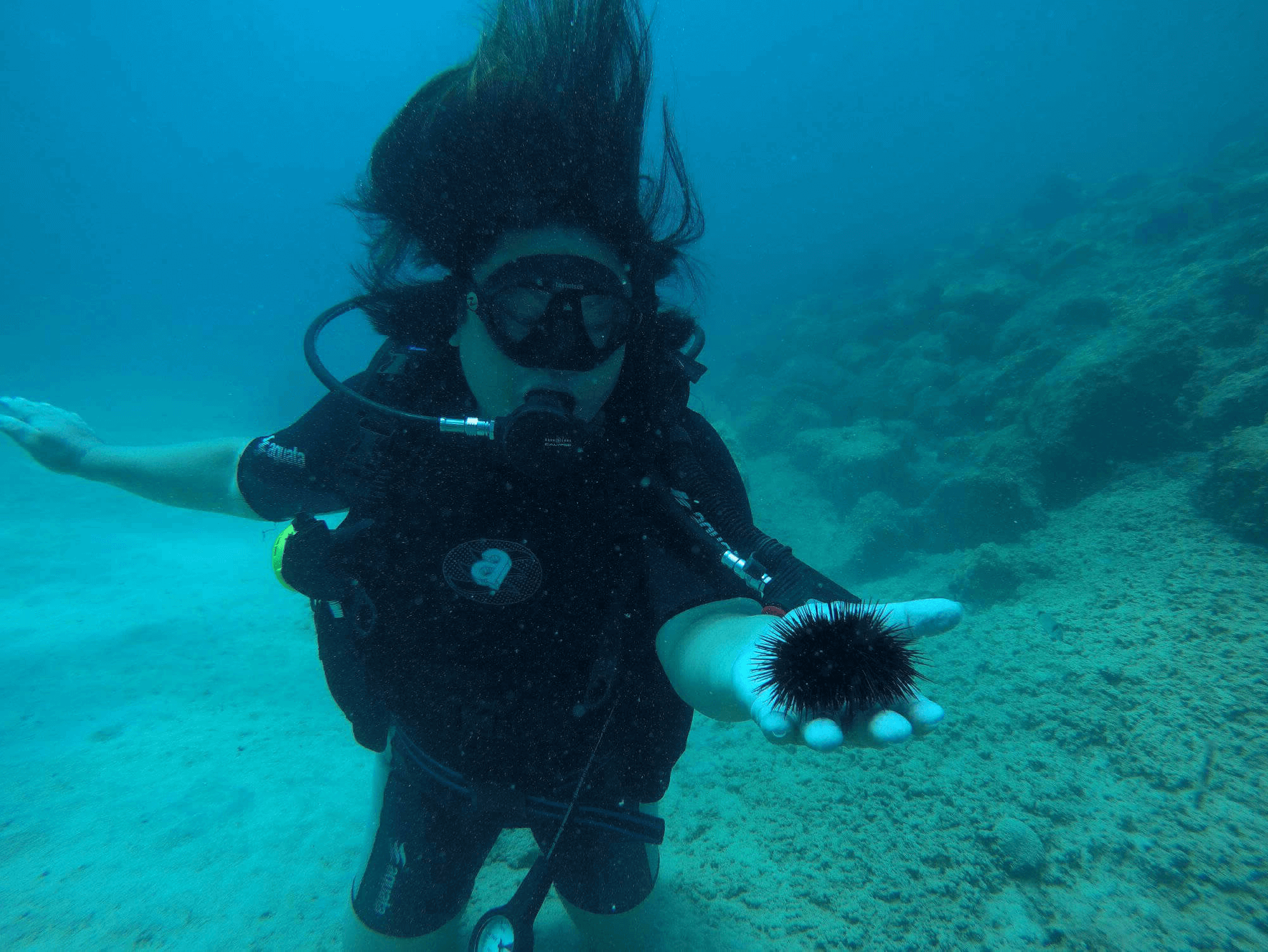 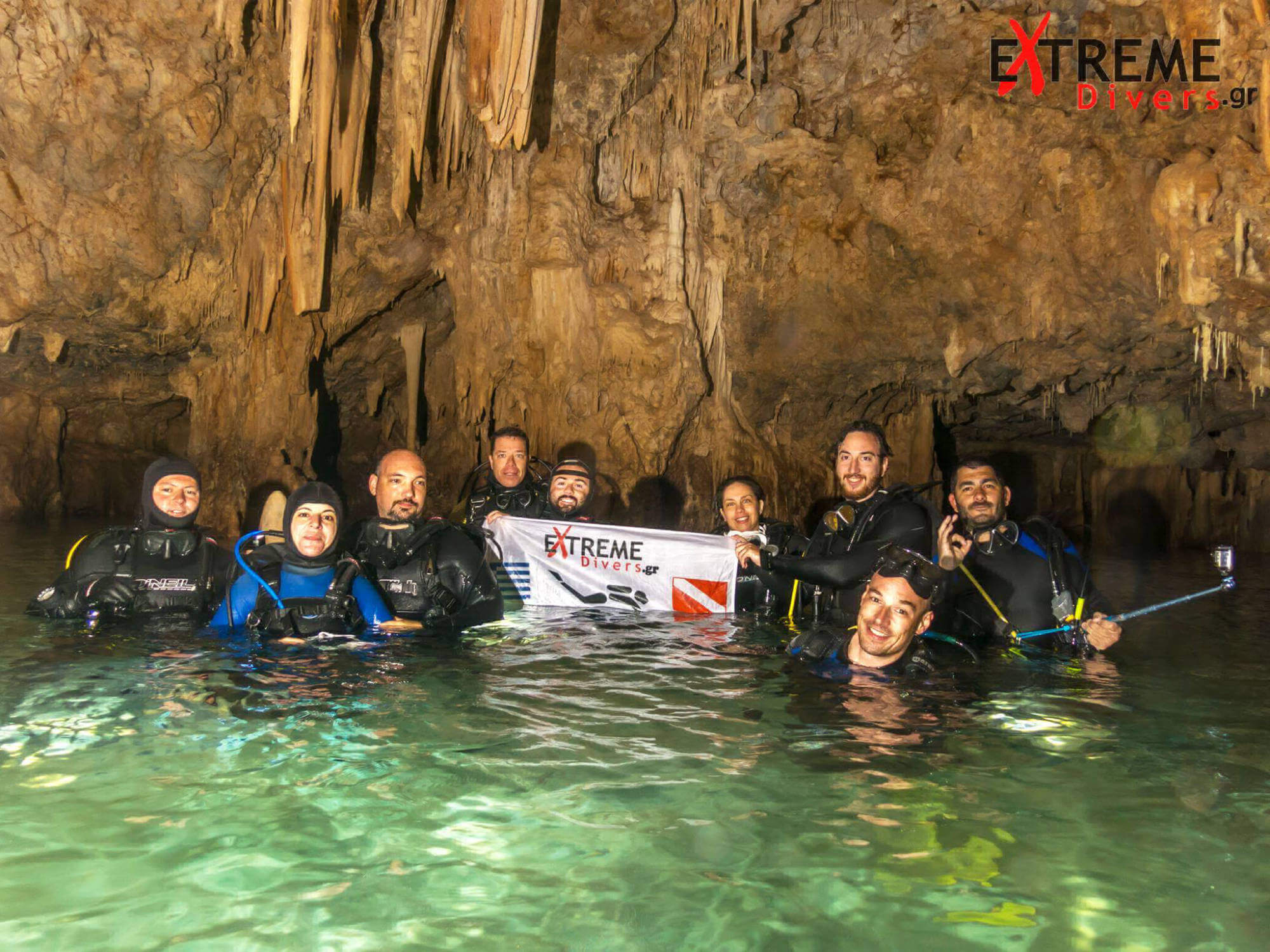 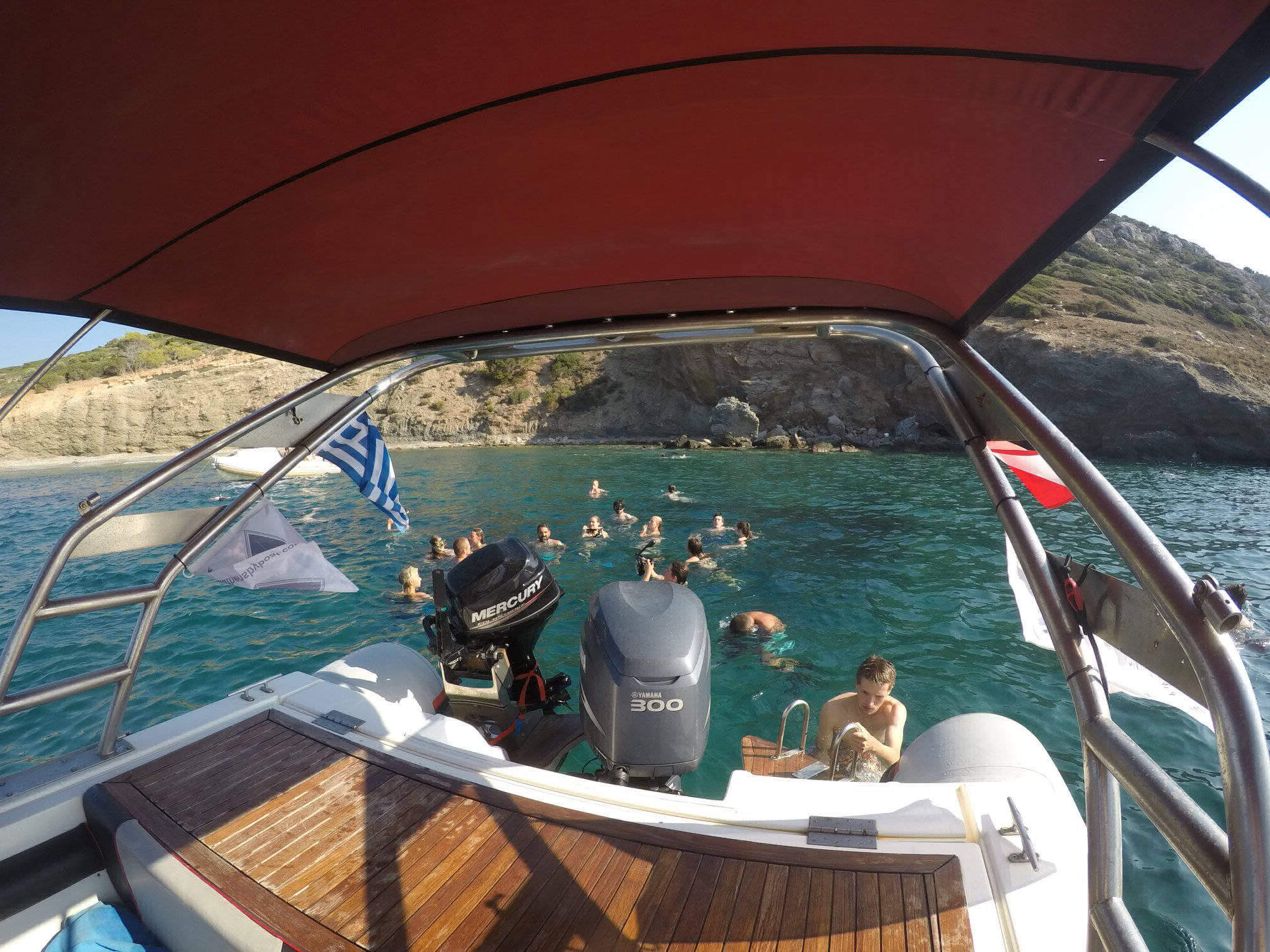 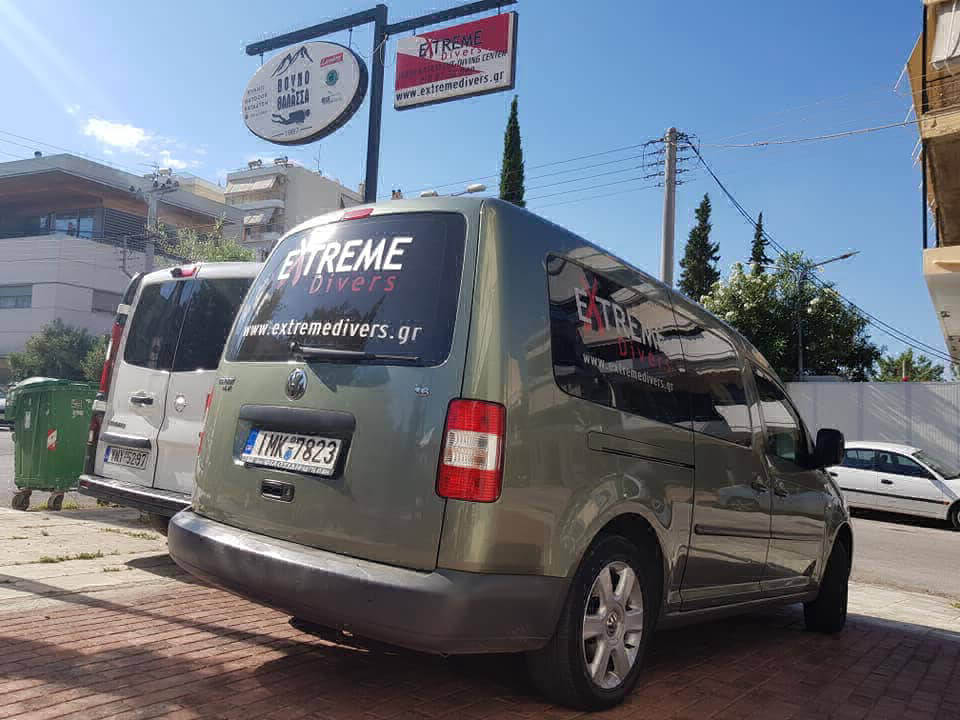 choose your own diving adventure 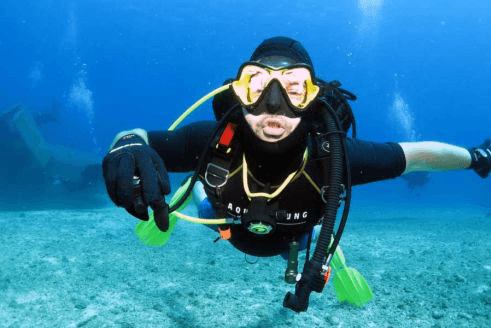 Have you always wondered what it’s like to breathe underwater? If you want to try scuba diving, but aren’t quite ready to take the plunge into a certification course, 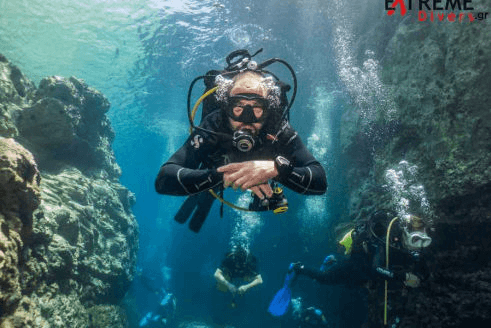 Enjoy a day away from the hustle and bustle of the city: try a dive from the shore at the Athenian coastline and you will be amazed of all the hidden... 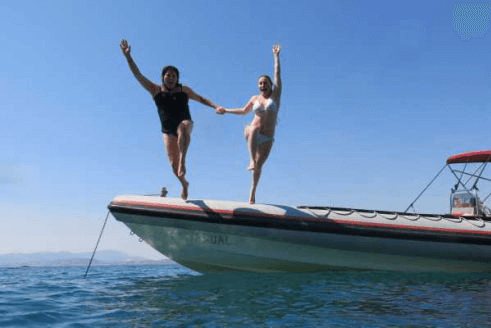 Private excursion in Athens with snorkeling.

Enjoy a private 6hour swim and snorkel excursion in the magnificent coastline of Athens. Travel by private minivan to seaside Lagonissi and board your boat...

Private excursion in Athens with Snorkeling

We are driven by our passion for cruising and exploring the secret beauties of Athens riviera. Our purpose is to offer all guests this unforgettable experience combined with a friendly spirit! 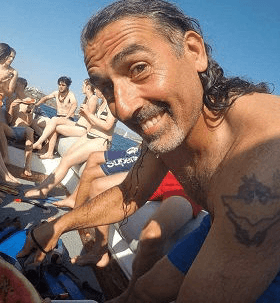 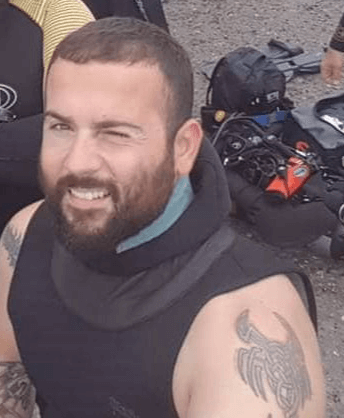 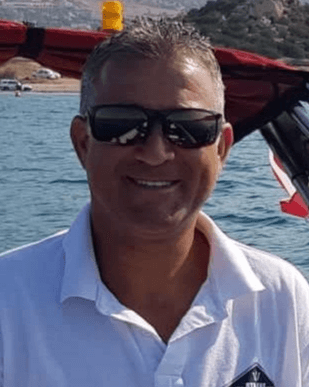 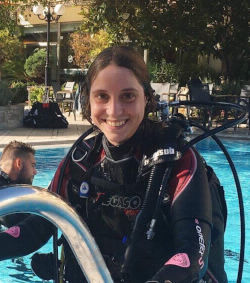 My name is Amalia Fragkedaki, I am 24 years old and I was born in Athens. Originally from Crete, I have an inherent love for the sea and as a person I naturally enjoy hosting and entertaining people. I have a BSc degree in Operations Management and a minor degree in Finance. Except Greek, I also speak English and French. My hobbies are diving, snorkeling, SUP, traveling, camping, skiing and chess. I started diving in 2017. Due to my love for diving, and my goal to implement my passion into my work, I became a PADI Open Water Scuba Instructor in 2019. During diving I enjoy the silence and the calmness that I can experience underwater. The colorful creatures that I meet when diving, really excite me and I always look forward to seeing new organisms and exploring the underwater world. However, as an instructor, what I love the most is to help my students clear their anxieties and gain unforgettable experiences while discovering and savoring the beauty of the underwater world.

We offer authorized equipment service for the following brands.

Whatever you do, DON’T pass this up!
Are you reading this because you want to Experience Greece? If you are, like I was, see Greece with George, see the Aegean with Nikos as your skipper. You will remember the experience long after the souvenirs have faded.

Local infused Excellent land and sea tour experience!!!
The snorkeling and sunbathing and cove finding was Amazing!!! I want to go back and experience more!!! I loved every single moment!!! And the best part, you feel like longtime friends when you are done. Thank you George, Nikos, Evan and Panayotis, for a Greek experience that was beyond what we expected!

Highlight of our trip!
We spent the day out on the water, snorkeling and swimming, and my daughters were even able to try scuba for the first time. We swam in a cavern, which was awesome, and then visiting a beach, and then another island for snorkeling, before heading off to the Temple of Poseidon for sunset.

We LOVED our day with Extreme Divers!
Perfect weather, great dive and so much fun on the boat!! It was the best birthday celebration for me We recommend Extreme Divers 100% and would love to dive with Nikos again one day. Thanks for an awesome day!! Vic and Dan

Awesome day at the sea
We had an amazing day with these guys! George is a wonderful host. We got picked up at our Airbnb and taken to the boat (an hour drive) during which George was super chatty and interesting.

Is it really considered work if you love what you're doing?
The professionalism, friendliness, flexibility, and attention to detail and safety (above all) displayed by Evangelos, George, Nikos, Chris, and Leonidas is what makes Extreme Divers and Athens By Boat the only dive shop/boat service that I'll use as long as I'm in Greece.

Just perfect!!
We had a wonderful day trip. We explored Athens Riviera. Thank you for all guys. We will come again soon...

Great experience as always, will definitely come back for more!
Great dive at "fleves", everything was perfect, the guys are very professional, explanatory and also fun! The equipment was brand new and the dive site was absolutely amazing. Will come back as soon as possible.

Excellent programs, very safe and friendly – I would highly recommend!
My girlfriend and I booked the Discover Scuba Class, as we have both never been Scuba Diving before and wanted to try something new. The owner/instructor (George) was excellent! Very knowledgeable and friendly. We felt very safe under his supervision.

Excellent Diving School, Professional Instructors, Affordable Prices and Lots of Fun!
Best place to get your foundation certificate in scuba diving or even extend your skills with further training. George and his team will look after you, ensuring you get taught things the right way - always with safety on mind.

For booking requests and further information, please don't hesitate to contact us. 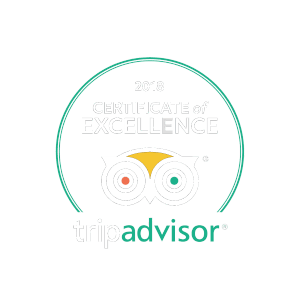